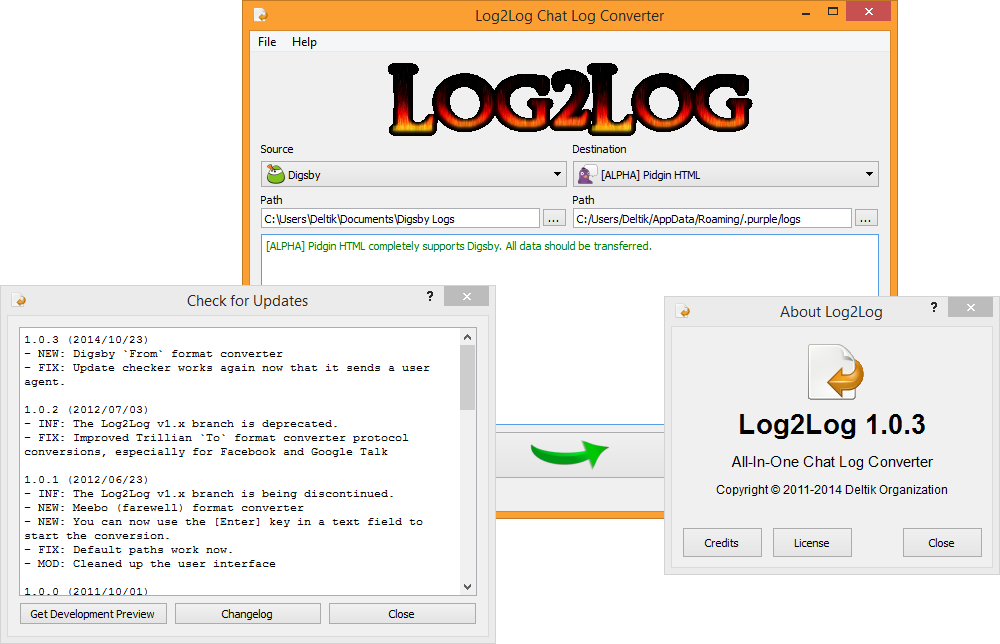 New Features
Bugfixes
Links
Credits
Thank you Steve!  Steve contacted me requesting a converter from his 2200 Digsby logs with AIM, Google Talk, MSN, and Yahoo!, and I delivered.  Though a new version of Log2Log v1.x has been released, it is running on limited support.  New format converters are being created only on demand.

This news item is from Deltik
https://www.deltik.net/news/view/39/log2log-v1-0-3-released
Print this page