Log2Log v1.0.4 has been released, and here is a screenshot showcasing the new format converter: 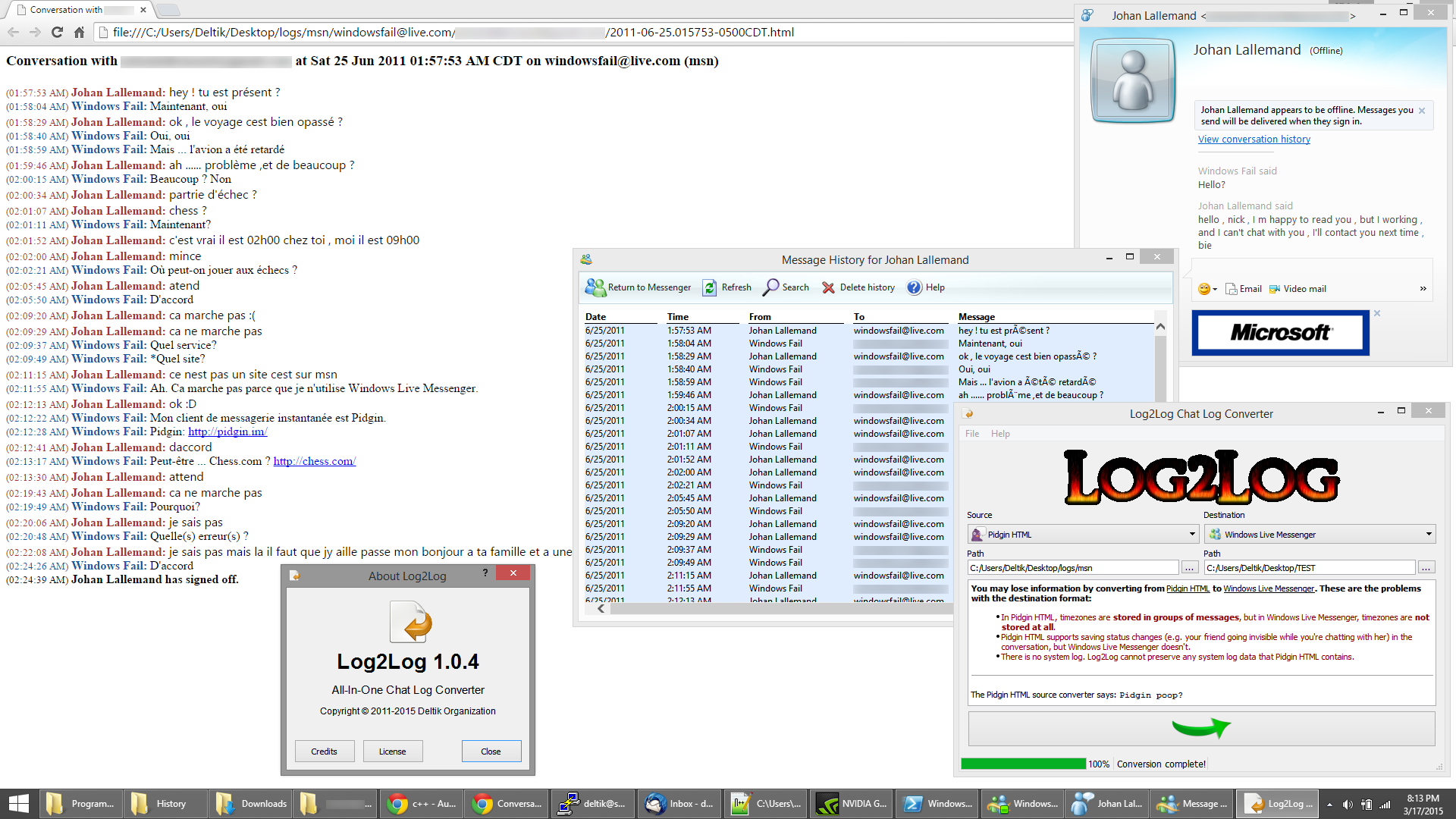 (I know my French isn't perfect…)
New Features
Bugfixes
Links
Credits
Thank you Jennifer!  Jennifer contacted me requesting a converter from her Pidgin so that she could use them with Windows Live Messenger.
To make this possible, I needed to know the formula to generate Microsoft Passport numbers.  Thanks to Harry Parsonage's .NET application (Deltik mirror), this was possible.
Windows Live Messenger was discontinued a few years ago, and its usage is disabled by default, but there exists a significant community that wants to keep Windows Live Messenger alive.  At the time of writing, people can use Messenger Reviver to continue using Windows Live Messenger.
Though a new version of Log2Log v1.x has been released, it is running on limited support.  New format converters are being created only on demand.

This news item is from Deltik
https://www.deltik.net/news/view/41/log2log-v1-0-4-released
Print this page